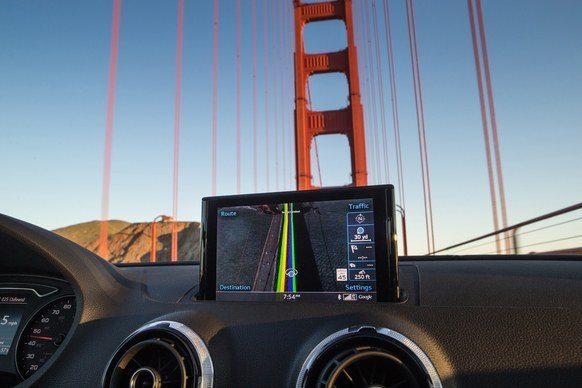 GET READY TO tack on another device to your wireless bill. Audi and Cadillac are bringing in-car 4G LTE connectivity to their newest vehicles, with plans to expand the service across their range of products in the coming years. And it’s further proof that your car is just another data-sucking device living alongside your smartphone and tablet.

Limited 3G connectivity has been available in vehicles for the past few years, but with 4G/LTE, smooth streaming video and more visually detailed navigation–finally on par with smartphones–is here. By turning your ride into a rolling hotspot, passengers can hook up myriad devices to the car’s built-in data connection, while automakers and developers can begin to give drivers a wealth of new features and apps to boost the experience behind the wheel.

The Audi Connect system will supplement the car’s existing interface system with new features, including more up-to-date traffic data and the ability to find a nearby parking lot with a space available. Audi says the ultimate goal is to link up to drivers’ smartphones to reduce distractions, but the announcement also says drivers in the U.S. won’t be able to use voice-to-text messaging, although they will be able to get Facebook and Twitter updates–just what we need.

At launch, Audi is only including LTE in the 2015 A3 sedan, priced at around $30,000 and going on sale later this year. Data pricing is $499 for 30 GB over 30 months, or $99 for 5 GB over 6 months, but the connection will be free for the first six months. Currently, Audi’s 3G-equipped models get service from T-Mobile, with $30 a month buying unlimited data.

AT&T will be handling service for both Audi and Cadillac, and while the company hasn’t provided details on how it will bill customers, it should be an add-on for existing data plans–although it doesn’t appear that you’ll be able to draw from your family plan’s pool of data.